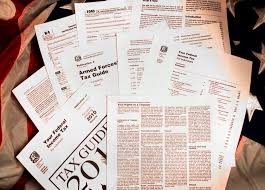 Let’s face it.  The federal government is funded by tax dollars.  Let’s take a look at a tale of two equally sized cities.  In one city everyone works for one large corporation with several thousand employees.  In the other city, everyone is a self-employed small business.

1, The large corporation sends in one large check every pay period throughout the year for all the employees’ withholding, along with a single report for the IRS to process.

The other city sends in hundreds of individual checks and hundreds of forms as part of their quarterly estimates.  Since they all do this quarterly, the IRS gets its money less often.  Moreover, many businesses simply have such poor accounting controls they don’t even send in their estimated quarterly taxes at all and hope to fix it with one deposit at year-end.  This means that the IRS gets even less predictable income from the self-employed city.

2, Small businesses do not have expert tax accounts in-house and are likely to make more tax filing mistakes then the single large corporation, causing the IRS to expend much more time and effort on the many small businesses, only to collect fewer taxes.

3, Then there is the fact that self-employed people can take deductions on their taxes that the employees of the large corporation can not.

So is it really not in the best interest of the IRS and the federal government to support more small businesses at the expense of large businesses.

Related Post: How to Avoid Misclassifying an Employee as an Independent Contractor