Are Large Corporations Past Their Prime? 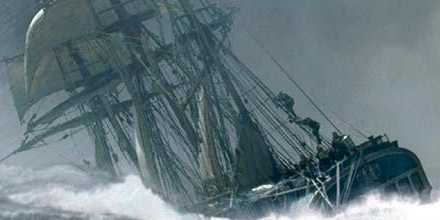 One has to ask “Are corporations past their prime?” Corporations came into being to allow multiple investors to invest a portion of their capital across several risky, but potentially highly profitable endeavors.

When sailing ships were constructed to carry on world trading, it was a highly lucrative proposition but was fraught with risk from storms that sunk many vessels. If the ship returned, the investors were often rewarded handsomely. If the ship did not return and the crew died at sea, the investors, who might have invested in several voyages, may have lost their money on that voyage but were still ahead of the game since they diversified their risk across several voyages.

Later. during the industrial revolution, corporations took on mammoth proportions as a way to not only attract a diverse and deep pool of investors but to streamline operations and create operational efficiencies. Departments within the corporation made it easy for one department to contract and work with other departments without creating bids since the employees all worked for the same company.

Then came the internet, which changed everything. An employee no longer needed to reside locally as communication can occur through email, video conferencing, or dozens of collaboration tools. The notion that a company has to make do with a relatively fixed collection of employees is being challenged by the internet.

Using less than 100% productive employees can create a drag on corporations. To remain competitive, corporations are increasing forced to outsource. Today, contracting a freelancer with a very specific set of skills to perform a given task and then let him or her go at the end of the project is providing a new level of efficiency for businesses.

Related Post: How to Crush the Competition by Leveraging Experts

Not too long ago I needed some work performed on a new e-commerce solution we were implementing. Initially, I asked my website developer to implement the solution since we already had a contract in place. After about a month, I noticed that the effort was progressing slower than I had hoped. While my website developer was better equipped to handle the effort than I was, he was by no means an expert in e-commerce and was more of a generalist.

I curtailed the effort with my website developer and hired a highly regarded expert in the particular e-commerce tool we were using at the time called WooCommerce. While his rate was twice the rate of my website developer’s, the expert implemented the solution in only a few hours. When the work was done, he was off to work on someone else’s e-commerce solution.

Using an expert outside my virtual organization proved to be not only cost-effective but also a more efficient use of time. The landscape is changing and the efficiencies that were once the stock and trade of large corporations have given way to a freelancer revolution.

How can you take advantage of this seismic shift where general employees are being replaced by freelancer whose skills are an inch wide but a mile deep?

Jan 6, 2016Steven Imke
What Color Are You?The Cycle of New