Are We Losing Our Inventive Edge? 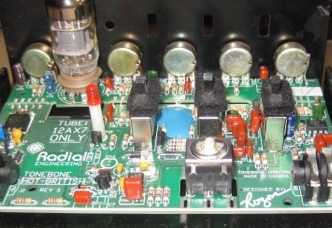 A few weeks ago my wife handed me a simple battery operated candle that had stopped working in spite of the fact that she had replaced the batteries. Although the candle was designed as a sealed unit I managed to remove some of the wax coatings and dismantled it, only to discover that the wire that completed the circuit between the batteries and the LED had become unsoldered from the terminal. A few seconds with a soldering iron and the candle was as good as new.

While I was repairing the candle I began to cogitate about the disposable world we live in. Early in my career, I was an electronics technician. For any given product I was trained to repair I learned its theory of operation. When the device failed, I troubleshot it using my understanding of how it operated normally until I located the defective part.

In the beginning, the field replaceable unit (FRU) was either a vacuum tube or a single transistor or other components. Soon the economics of repair dictated that the FRU become the entire circuit board. Defective boards were sent to repair facilities where the boards were plugged into specialized fixtures that could more accurately and quickly locate the defective component. Today it seems like the entire device is an FRU. Either it works or we simply dispose of it and purchase a new one.

Recently a new refrigerator I bought had an icing problem. The company just replaced the entire refrigerator. While I understand this trend is based on economics, what is disturbing is that my children and grandchildren have limited exposure to the option to repair an item vs. simply replace it.

Today everything from a TV to a music box is treated like a black-box. I fear that while the economics of repair makes it cost-prohibitive to repair most items, the real loss is the lack of theory of operation knowledge.

Most people don’t know and don’t care how things work, which is one step removed from inventing something new. In his book, Technotrends Danial Burrus claimed that the future has already been invented. He was referring to the fact that most new inventions are simply a recombination of existing technologies. However, if fewer and fewer people have any understanding of how things work, then it would stand to reason that we are losing our future inventors.

Having the curiosity to dismantle a broken object to learn how it works is the first step in developing a person’s knowledge to ultimately allow them the wisdom to recombine technologies in new ways. In the end, product design economics has applied the brakes to creating the next generation of inventors.

Feb 24, 2015Steven Imke
Recognition or DoomCustomer on a Line