Barbie, Seeing Things Others Do Not – Business Lessons From Elliot And Ruth Handler 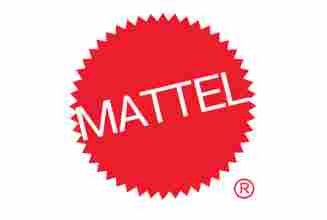 Izzy (later change to Elliot) and Ruth Handler were husband and wife that complemented each other’s skills when it came to business. Elliot was the dreamer, who I have often referred to in business as the Oracle or someone who can see things that others can not. Ruth, by contrast, had a business mind and is what I like to call the General. They had two kids named Barb and Ken.

Together Elliot and Ruth started a toy company they called Mattel. Elliot’s first product inspiration was that of a plastic ukulele, which was closely followed by a toy piano. Since they were short of capital, Ruth and Elliot would attend toy fairs where store buyers would go to sell their new toy ideas. Even though they had successful products, the Handler’s lost money since they were relatively inexperienced in manufacturing and distribution. They underestimated their costs, which significantly ate into their margins. Even though the musical toys sold over 20 million units, there was no margin that the company could use to grow.

if you are going to drive off the cliff, it is better to leave no skid marks.

Up until that point in time, toys were not marketed to kids, but to parents. While this practice seems incredibly short-sighted today, no one thought to market products to children at the time.

There was a new TV show ready to debut. Mattel bet on the farm and agreed to become a sponsor of the new show. The show was called “The Wonderful World of Disney” and proved to be a big hit, especially with kids.

The first product that Mattel was marketing was a Burp Gun, a toy that made a burping sound instead of a bang when the child pulled the trigger. Since the audience of the show was kids, it was the first time marketers focused on selling directly to kids and not to their parents. Being a sponsor of “The Wonderful World of Disney” proved to be a brilliant move and the company’s revenue grew three fold almost overnight.

Elliot and Ruth took a trip to Switzerland with their kids Barb and Ken. At one store, they saw an adult doll dressed in work clothes. The doll was not a kid’s toy but was marketed to adults. Up to that time, all dolls marketed to young girls were babies so that the girl could pretend that she was the doll’s mommy. As Barb handled the doll, the Handler’s got an idea.

More and more women were entering the workforce so why not develop a doll where the child could pretend to be a career girl and an adult rather than just a mom. They tried to buy one doll and several outfits, but the store owner said there was only one outfit for each doll and the outfits were not interchangeable. The Handler’s asked themselves,

“What if girls could buy one doll and many outfits to accessorize the doll to fit various scenarios?”

The Barbie doll was born. With the launch of the Barbie doll, Mattel went on to be a major player in the toy market. Statically, the average American girl growing up owned upwards of 10 Barbie dolls along with all the accessories that came with them.

Elliot and Ruth were a great pair; one was the Oracle, the other was the General. Their first products, while very successful, made them little money as they learned about margin the hard way. When they faced a crossroad, they went all in and hit a home run by sponsoring a children’s show. They were not afraid to go against the conventional wisdom of the day, which included marketing toys only to parents and making only baby dolls.

What lesson from Elliot and Ruth Handler can you use in your business?