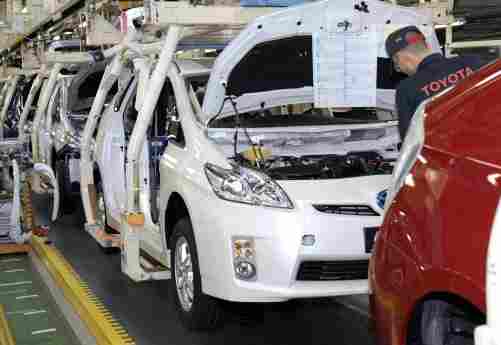 Ask the average person what made the car affordable and you would hear it was the way Henry Ford used the concept of the division of labor as outlined by Adam Smith in the Wealth of Nations.

Most people naturally assume that if you have a job composed of many tasks it is better to focus on one task until it is complete and then move to the next, essentially leveraging the division of labor.  Let’s take the simple activity of sending out one hundred letters to your customers.  If you are faced with such a task most people would first fold the one hundred letters.  Then, when all the letters were folded, they would stuff them into envelopes, then add all the labels, and finally the stamps. You might think that this was the most efficient way to accomplish the task.

However, what if the task required rework?  What if after folding one hundred letters you discovered that the way you folded the letters produced a letter that didn’t quite fit into the envelope? You would be forced to rework all the letters and refold them, costing you valuable time. Toyota proved that the small-batch development model can save a company time and money over the division of labor and mass production model by reducing and/or eliminating rework.

Start-ups and small businesses whose every task is not honed to rigorous quality control standards stand to be affected most by rework issues.

What tasks in your business might be better served by the following the small-batch process?

email
Measure the Right ThingsHow to Find a Viable Customer