Self-Preservation Is A Powerful Emotional Appeal To Get Attention 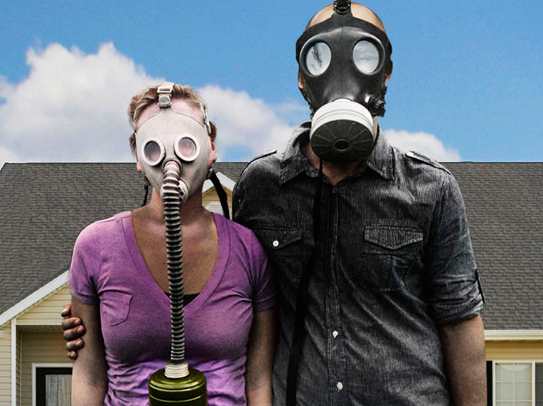 Most religions are based on our desire for self-preservation. Even if that self-preservation is not in this life, then perhaps it will be in the next. The congregation often listens intently to an animated fire and brimstone sermon since it implies punishment and triggers the self-preservation emotion.

According to Roy Garn, in his groundbreaking book, “The Magic Power of Emotional Appeal,” crime can also appeal to the self-preservation emotional trigger. For example, a large retail store owner was having trouble with shoplifters. The owner tried to employ more security guards to catch the thief in the act, but it didn’t help. Criminals, like shoplifters, spend more time planning their escape and ways not to get caught than how to actually pull off the crime. So the store owner decided to appeal to the shoplifter’s self-preservation trigger and cleared an area in the middle of the store to create a comfortable seating area. He encouraged people to come in, relax, drink free coffee, and socialize with their friends in the area he created. Many people took him up on the invitation and the shoplifting stopped. Why, you might ask, would a seating area curtail shoplifters? With all the people sitting in the middle of the store and lots of eyes looking in every direction, shoplifting in that store became too risky. The shoplifters were motivated by their own self-preservation and avoided the store since the risk of being spotted was dramatically increased.

In another example, a man was stopped at a streetlight when a panhandler came up to the window and asked if he had any money. Without even ever making eye contact with the panhandler, the driver simply said, “Beat it. I’m on duty,” and the panhandler disappeared into the darkness. The words “on duty” triggered his flight reaction.

My dad was a lifelong smoker and every time he went to the doctor, the doctor would recommend that my dad quit smoking. However, my dad kept on smoking. At a pre-op appointment for heart bypass surgery, the doctor asked if my dad had quit smoking yet. However, this time he added that if my dad didn’t stop smoking, he would be coughing after surgery. The fact that my dad’s sternum would be cut during the by-pass surgery would make the act of coughing horribly painful. Hearing that message, my dad quit smoking cold turkey after almost 60 years of smoking 2 packs a day.

Self-preservation extends to the protection of others too. If you have not noticed, guns and ammo have been flying off the shelves in recent years. I’m not talking hunting rifles and ammo; I’m talking about handguns and bullets which are primarily used for home protection. In fact, as a reloader, I once had to wait for more than a year to purchase pistol gunpowder because as soon as the manufacturer produces it, it sold out.

In a related form of self preservation, one of the fastest growing industries today is providing supplies for survivalists, sometimes called “Doomsday Preppers.”

If you incorporate words into a conversation that trigger a self-preservation response, you are likely to snap a person out of their preoccupation and direct their attention toward your message. The message does not need to be literal; Instead, include more figurative or metaphoric statements to elicit a response. For example, you could have your slogan be “Don’t be left in the dark! Buy our widget.”

Some popular marketing appeals to self-preservation that I have seen lately include:

How can you incorporate self-preservation emotional appeals such as living longer, being safer, etc. into your marketing message?

Be sure to sign up for our free email delivery so you can get future inspirational blog posts deliver directly to your email each morning.