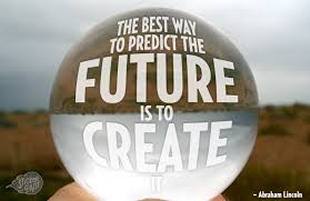 During this series, we have looked at how the business landscape has changed, why the advice we receive from so-called experts has not kept pace, and how the reasoning skills of successful entrepreneurs have adapted to the new reality of business. Let’s conclude this series by comparing the logic practiced by the manager and founder entrepreneurs, why one is favored over the other based on industry and maturity, and why it is better to shape the future than try to predict it.

According to research performed by Sarasvathy of the University of Virginia’s Darden School of Business, the logic practiced by the manager entrepreneur is predicated on the belief that:

To the extent that we can predict the future, we can control it.

Manager entrepreneurs endeavor to conduct copious amounts of research and analysis in an attempt to predict the future and then write a business plan that defines the steps necessary to exploit a future opportunity.

In contrast, the logic practiced by the founder-entrepreneur is predicated on the belief that:

To the extent that we can control the future, we do not need to predict it.

Founder entrepreneurs look for ways they can shape the future right from the get-go.

For most startups, being in a predictable market is generally not a good market to be in. It is difficult to find success, especially for small businesses in predictable markets, because there are always smarter people with more money who can build better prediction models.

However, being in an unpredictable market means that the market itself can be shaped through the founder entrepreneur’s own decisions. Their decisions and actions work in conjunction with stakeholders, customers, and partners to shape the market. Thus, founder entrepreneurs are in the business of creating the future and not trying to predict it.

Effectual reasoning does not assume a target. Instead, it builds on the idea and the assets available (e.g. the key activities and key resources) to the founder-entrepreneur. The market they create is based on the people they bring together and their ability to influence the future.

Founder entrepreneurs are leaders who focus on generating ideas, creating value, attracting followers based on their vision, and motivating their audience.

Manager entrepreneurs, by contrast, are about planning and execution, counting and measuring value, and coordinating and controlling the efforts of others.

Based on this list of attributes, it becomes pretty clear why manager entrepreneurs are more appropriate for startup ventures that are more risky and require large upfront capital investments, such as innovations and manufacturing companies.

If you liked this series, you can download and share our New Small Business Manifesto paper by clicking here.