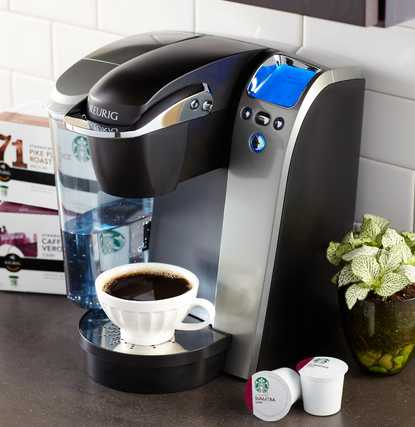 Fifty percent of Americans over 18 years of age drink coffee every day. That translates into 150 million daily coffee drinkers that consume 400 million cups per day. Not long ago, brewing a cup of coffee at home or at the office involved purchasing a coffee pot from one company and ground coffee from another company. Then, you had to make the coffee a whole pot at a time.

Enter Keurig with a new business model for single serve coffee. Originally, Keurig focused on selling the single serve coffee machines to businesses as an alternative to the more traditional coffee pot system. The business model was a failure since the cost of the machine was too high. Keurig knew it was time for a pivot and began to look at the home market. However, before it could become a viable alternative in the home market, they had to figure out a way to get Americans to throw away their existing coffee pots and buy into the new Keurig single cup system.

Once the consumer bought the machines, they were locked into the Keurig pods. Keurig developed his own Business to Consumer (B2C) distribution channel and sold the K-cups directly to consumers so they could capture the full margin instead of adopting a Business to Business (B2B) model of shipping pallets of K-cups to retailers. In this way, Keurig could capture a larger reoccurring retail sale price margin rather than having to settle for the much smaller wholesale price margin.