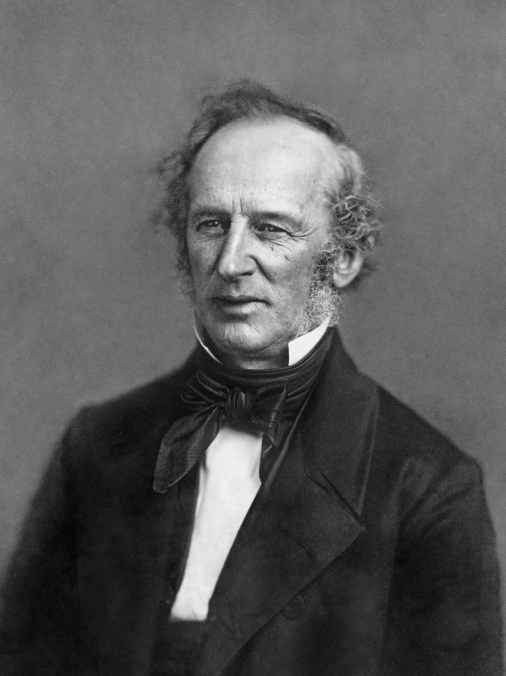 Cornelius Vanderbilt was a shipping tycoon that started with shipping freight by ferry to controlling one of the largest railroad networks.

Cornelius Vanderbilt quit school at age 11 and began working on one of his father’s ferries. By the time he was 16, he decided to start his own ferry business and bought a shallow draft two-masted sailing ship to ferry freight and passengers between Manhattan Island and Staten Island, New York. After saving his money, he bought his brother-in-law’s schooner and added it to his fleet.

His energy and entrepreneurial spirit at such a young age caught the attention of Thomas Gibbons, who owned a steamboat enterprise. His entrepreneurial spirit also earned young Vanderbilt the nickname of “Commodore.” Vanderbilt watched as Gibbons went all the way to the Supreme Court to overturn the steamboat monopoly granted by NY state to an influential politician. After the victory,

After Gibbons’s death, Vanderbilt used the lessons he had learned from Gibbons to expand his own shipping empire. Vanderbilt also observed how President Andrew Jackson used populist language to gain support for his various programs. Vanderbilt took the lessons he learned from Gibbons and combined them with President Jackson’s lessons. In addition to undercutting the fares of his competitors on the Hudson River, Vanderbilt named his line “The People’s Line” to gain popular support for his business.

With popular support for his business and lower prices than his competitors, Vanderbilt left his competition with only one option if they wanted to stay in business. They had to pay Vanderbilt to stop competing with them. Vanderbilt soon dominated the local shipping industry in and around NY. He expanded his empire to include ocean-going steamships to ferry gold from the California Gold Rush from Panama to the East Coast.

With the emerging Industrial Revolution, Vanderbilt saw that the railroad business was the future and would soon replace much of the ferry business. He began a campaign to take over the Stonington Railroad, a most attractive asset. He started by buying up some of the smaller connecting railroad lines and cutting fares, a trick he learned from his steamboat enterprise.

Since state law restricted the number of shares a company could issue, Gould and Fisk bribed local legislators to legalize the new stock. Unaware he was being played, Vanderbilt continued to buy up stock and was milked out of 7 million dollars, the equivalent of over 1 billion dollars in today’s money. Gould and Fisk bragged about what they did and Vanderbilt threatened a lawsuit. The legislators and the illegal act of printing stock certificates were exposed, allowing Vanderbilt to recover most of his money.

Always looking for an edge, Vanderbilt saw that oil was discovered in Pennsylvania and Ohio. He realized that Kerosine, the oil used to light lamps, would soon change the world by turning night into day. Vanderbilt reached out to a small oil company run by a 27-year-old man named JD Rockefeller to make him a deal. Vanderbilt agreed to give Rockefeller a steep discount on his Kerosine shipping costs if Rockefeller shipped 60 train loads of Kerosine oil per day.

Below are 8 business lessons that small business owners can take away from Cornelius Vanderbilt’s success as a businessman.

What lessons from Cornelius Vanderbilt’s steamboat and railroad empire can you apply to your business?

email
Why It Is Important That Businesses Develop an Infinite MindsetSmall Business Advice – Pick of the Week April 3rd, 2021

14 days ago Lesson From Successful PeopleBanks, Titans of Industry215