The Truth About Why A National Minimum Wage Is A Devastating Idea. Updated Feb 2021. 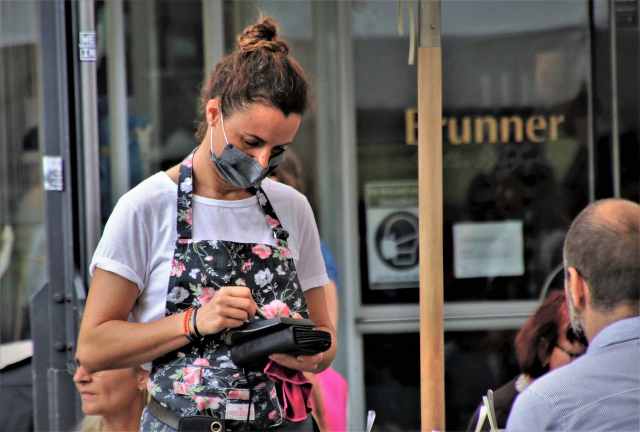 Image by pasja1000 from Pixabay

I believe that everyone deserves to be paid for their contributions to the bottom line and not to be exploited. However, I often wonder about politicians pushing for a higher minimum wage. While it may seem like a good idea on the surface to give workers more disposable income, anyone with even the most basic understanding of economics would see the folly of raising the minimum wage, especially at the national level.

Minimum wage earners are mainly employed in the manual labor or services sectors, and generally, occupy jobs that nearly any able-bodied person can do. That is to say that the employee does not come with special skills or hard to obtain certifications. The worker can be trained by the owner, making the worker little more than a commodity with relatively no differentiation from another worker.

In 2019, 58% of minimum wage workers were age 24 or younger. Young people need entry-level jobs to start climbing the career ladders but raising the minimum wage would break the bottom steps.

If the business owner is forced to raise the entry-level pay for their workers, four outcomes are possible:

Now, the law of unintended consequences kicks in because supporters of minimum wage increases fail to ask “And then, what will happen“.

The problem with a minimum wage hike is that it does not only affect the first rung of the career ladder. The worker that has learned some additional skills, making themself a little more valuable to the business owner and who has received one or more previous pay raises, is now being paid the same as a new entry-level employee. The owner is forced to raise the more experienced worker’s rate of pay too, to preserve the value differential that the more experienced worker has over the entry-level worker.

The increase of prices for the same product or service is known as inflation. With inflation, the money you earned yesterday does not have the same buying power today. Said another way, the value of any savings you put away yesterday has less buying power today, encouraging you to spend more money today and save less, since a dollar buys you more today and less tomorrow. However, on the flip side, inflation has an inverse relationship to existing debt, which is usually fixed. With higher income and the same debt payments, the debt-to-income ratio is lowered. This encourages you to buy more on credit today because lending institutions will have to raise their interest rates to provide the same return.

As of January 2021, minimum wages are set higher than the federal minimum wage in 29 states and dozens of cities and counties. These municipalities are raising the rate gradually to allow business owners to adjust their compensation plans. A large increase in the federal minimum wage causes a monumental pay scale shift throughout a business. There is no reason to think that federal politicians have better judgment than the state, county, and city politicians on this matter, so there is no basis for the federal government to override their choices.

Minimum wage mandates are a bad idea in general, and they are more harmful when imposed nationwide since they do not take into account regional variations of the cost of living, policy preferences, and economic structures.

Small businesses were also hit harder than large ones by the pandemic, and low‐​wage employment was hit harder than high‐​wage employment. A Bureau of Labor Statistics analysis found that “occupations with lower wages are more common in the shutdown sectors than elsewhere in the economy.” So, raising the federal minimum wages would disproportionally hurt occupations and businesses hardest hit by the pandemic.

A 2019 study by Sudheer Chava, Alexander Oettl, and Manpreet Singh examined how minimum wage laws affect small businesses. They used a large dataset of small business finances over the 1989 to 2013 period and studied variations in minimum wage rates. They found that:

Increases in the federal minimum wage worsen the financial health of small businesses in the affected states.

Don’t be fooled by the real reason the federal government wants to raise the minimum wage. Higher wages, up and down the pay scale, mean that everyone will pay more federal and state income taxes as well as increased FICA contributions all of which are experiencing deficits as a result of the COVID-19 pandemic. After trillions of dollars in stimulus, the government sees raising the minimum wage as a way to boost revenue, reduce its national debt to the revenues collected by the federal government, and make it appear like they are doing something to close the wage gap.

Since so many low-wage employees work as laborers or in the recreation, hospitality, and retail sectors, which were the segments of the economy most affected by the pandemic, I think the real question the government needs to focus on is how to get them back to full-time employment. If you ask me, the answer is to promote more small business start-ups. That is the reason why start-up businesses are often cited as the economic engine of America.

Increasing the minimum wage will have little effect on a person’s standard of living up and down the income scale, will encourage people to spend more today, and will discourage saving. In the end, I can’t help but wonder who other than the government benefits from an increased minimum wage. The ensuing inflation means that the huge debt the government has racked up is essentially made a smaller proportion of total government income from tax collections and to the nation’s Gross Domestic Product (GDP). It also encourages people to spend more today, giving the GDP a short-term bump, while in the end, making workers more reliant on government assistance when they retire since they will have saved far less for retirement. The real winner is the government, the real losers are the workers.

What is your opinion regarding raising the minimum wage?