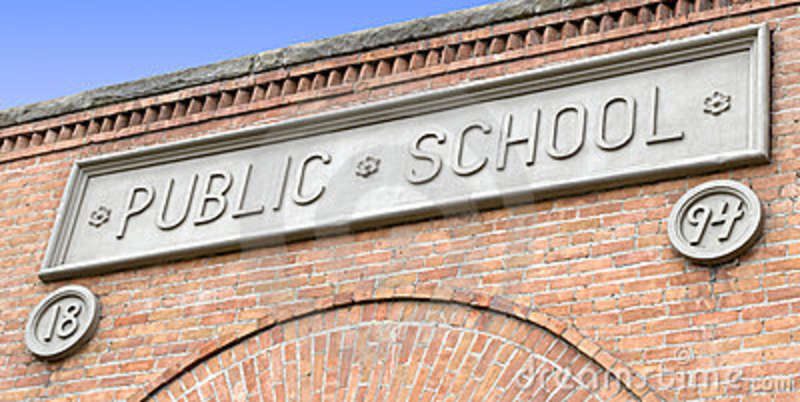 We all know that schools exist to teach our kids. However, what they teach may not be what you think. The first schools in America were created in New England and primarily taught religion. However, while schools have evolved to teach reading, writing, math, and science, they still teach values to our children. Classrooms have always been a way to indoctrinate children into the belief systems of the adults that control the purse strings. Some schools still craft their messages in terms of a religious message. We all remember the stories of some schools refusing to teach evolution because it violated their religious teachings.

When I was growing up in New York, public schools were primarily Protestant, but I can recall some of my friends attending Catholic schools rather than public school. We often don’t give much attention to the messages being taught to our children in public schools. In Arab schools, they teach Muslim kids to hate Jews and Christians. It is no wonder that when Arab kids reach adulthood so many are willing to undertake Jihad.

Like most things, it is often hard to see things that are right in front of you. Since the salary of public school teachers is paid for through the collection of taxes and most teachers belong to the teacher’s union, it is no surprise that teachers tend to be liberal in their thinking. This trend translates into the messages and values conveyed to our children. While the values taught in most public schools are no longer primarily focused on religious messages, they are becoming more left-leaning.

Many of the values taught in schools today are contrary to the values needed to create an economy of entrepreneurs. Schools, in general, have become more feminized and have adopted a passive, tolerant approach. Boys used to play games of competition at recess. Competition, which vital for an entrepreneur, is now discouraged in favor of just playing nice. No longer are gifted students separated from the less gifted to create an environment where the gifted student can excel. This program has been replaced with the message that the more gifted should help the less gifted.

This message advocates for the gifted to help those who can’t help themselves. In addition to weaning out the values that make good entrepreneurs, schools are indoctrinating children to become more liberal in their thinking and rely on big government to take care of things. It is no wonder America is losing its edge in business as the dominant force in the world economy.

As the Entrepreneurship Director at a local community college, we began teaching the values of entrepreneurship to incoming students as part of a student success course and have been getting remarkable results. Compared to a control group that attends a more traditional student success course, students in the entrepreneurship focus course are 27% more likely to remain enrolled in the course and 8% more likely to pass later college-level courses than members in the control group.

Our education system is in desperate need of an overhaul or we risk the perpetuation of a value system that will drive everyone to depend on others, such as big government, for assistance. This value system is not sustainable.

What are you doing to change the course of education in America?