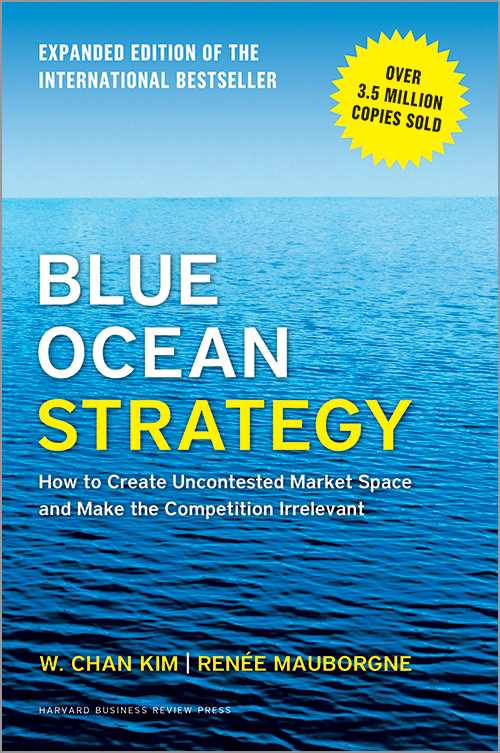 Coined by W. Chan Kim and Renée Mauborgne, the term “red ocean” refers to all the industries in existence today, otherwise known as “the known market space.” In red oceans, industry boundaries are defined and accepted and the competitive rules of the game are known.

Companies try to outperform their rivals to grab a greater share of product or service demand. As the market space gets crowded, prospects for profits and growth are reduced. Products and services become commodities and cutthroat competition turns the ocean bloody. Hence, the term “red oceans.” Kim and Mauborgne suggest an alternate approach, which they call “blue ocean.”

In blue oceans, demand is created rather than fought over. There is ample opportunity for growth that is both profitable and rapid. In blue oceans, competition is irrelevant because the rules of the game are waiting to be set.

The term “blue ocean” is an analogy to describe the wider, deeper potential of market space that is not yet explored. They suggest that companies can succeed not by battling competitors, but rather by creating ″blue oceans″ of uncontested market space.

They assert that these strategic moves create a leap in value for the company, its buyers, and its employees while unlocking new demand and making the competition irrelevant. The strategic move must raise and create value for the market while simultaneously reducing features or services that are less valued by the current or future market.

Therefore, the blue ocean strategy begins by looking at your business to determine what you can eliminate or reduce to create better cost savings. Then you see what you can create or increase to get higher margins.

To find your blue ocean you can apply the business model canvas which is a handy tool to allow a business to evaluate their market and see what changes they can make to find an uncontested segment of the market.

Cirque de Soleil is a good example. The founders looked at the traditional circus model and asked, “What if we eliminated animals, traveling from city to city, and reduced the fun factor as part of our value proposition? In exchange, we’ll create more thrill and a higher danger factor in conjunction with a theme and increased reliance on artistic music and dance.”

The result was their customer segment no longer focused on families with kids and instead focused on theatergoers. Not only did they save on the cost of animal care and the cost of star performers, but they were also able to charge more than double the ticket price of the traditional circus, creating much greater margins.

In another example of blue ocean thinking, the Nintendo Wii team looked at the traditional game console that relied on leading-edge power and performance as the key to their value proposition. They asked, “What if we eliminated the high-end and costly game console that requires subsidies and reduced the focus on hardcore gamers? Instead, we’ll create a new game controller with motion sensing and create more of a fun factor.”

This changed the customer segment from hardcore gamers to casual and family gamers. The result was Nintendo saved on the subsidies cost required to sell the traditional gaming systems and actually profited from the sales of the consoles. Furthermore, they were still able to collect royalties from game developers.

Can you apply a blue ocean strategy to your business?