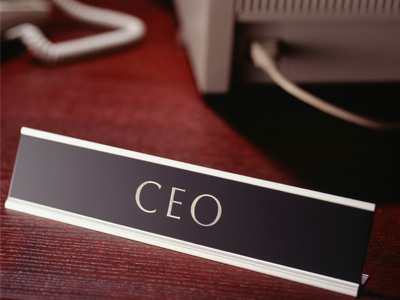 Many business owners I speak to provide me with a business card listing their title as “CEO and President.” Is it ego or ignorance that causes them to select this title? What it says to me is that you are the Owner of a small business.

In my case, when I started my business I chose my title both out of ignorance and ego. I liked having a title shared by titans of the industry because it made me feel important. I really didn’t understand the different roles the CEO and President typically perform.

Over the years, I have learned a lot about corporate governance, and have come to appreciate the different roles of CEOs and Presidents.  Therefore, today I recommend to clients to not include both titles when referring to their role.

As an aside, the title Owner implies that you are truly a micro-business and do everything from creating value to making sales calls and even taking out the trash.  However, if there is a division of responsibility as is often the case with a small family-owned business, I encourage them to take on the title of the role that they predominantly play in the business.

Maybe it’s just me, but when I see only one title, it leaves me with the impression that the business has multiple leaders and conveys size and a more sophisticated understanding of each role, which makes me feel more comfortable as a consumer.

So, what does a CEO do vs that of the President?

The Role of a CEO

The role of a CEO is to connect the business with the outside world, and to look at the company’s future alignment with external Environmental Forces based on Market Forces, Key Trends, Industry Forces, and Macroeconomic Forces. The CEO is concerned about how macroeconomic forces will affect the business using tools like a PESTEL Analysis. The CEO is also focused on competitive forces to assess its leverage with Buyers, Suppliers, and the Competition using tools like Porters Five Forces model.

As the company’s interface with the outside world, the CEO negotiates with investors, shareholders, and key partners and deals with most legal matters.

Some of the most common CEO activities include the following:

In a corporation, there are stockholders. The stockholders elect a board of directors which are typically comprised of senior officers, such as the CEO, and directors. The directors are independent of the company, but help decide the company’s direction based on their knowledge.

While the CEO can also be the Chairman in smaller, privately held companies, this is not always the case in larger or publicly held companies where the roles are often divided.

The Role of a President

The President is the company’s second in command and is primarily focused on running the internal operations of the company. Sometimes a company has several very distinct business units and may have more than one President. For example, Coca-Cola has eight Presidents, but there can be only one CEO.

Some of the common activities for a President include:

The following table is a breakdown that compares the activities of a CEO and President.

What title is on your business card?

email
You Need To Know The 8 Reasons Customers Buy From YouSmall Business Advice – Pick of the Week June 8th, 2019