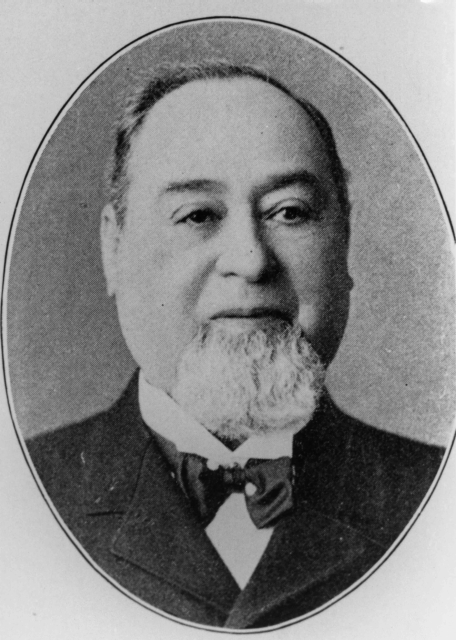 My business attire consists almost entirely of blue jeans.   I consider jeans part of my branding because it makes a statement about me not being part of the establishment docker business casual community. But the story of how Levi Strauss and blue jeans became a statement in American society is much more interesting.

Levi Strauss was born in Germany in 1829 and was the fourth child of Jewish parents. His father had a haberdashery business and sold his goods door-to-door. German law restricted Jews from many industries, making it difficult for young Jews to find work. To avoid this discrimination and seek their fortunes, Levi Strauss’s two older brothers immigrated to the United States.

When his father died, Strauss received word from his brothers to be courageous and join them in America. By the late 1840s, Levi Strauss and his remaining family sailed to America and were reunited with the older brothers, who had started a dry goods business in New York.

In 1848, gold was discovered in California, and people came in droves from all over the world. A few years into the gold rush, Levi Strauss’s two brothers decided to send him to California to get a first-hand look at the economic conditions there in the hopes that they could expand their dry goods business.

Levi Strauss was not there to pan for gold, but he was there to be a merchant and sell goods to the miners. Within a few days of his arrival in San Francisco, a clipper ship arrived with packages of dry goods for Strauss to sell. He was a wholesale merchant, and he sold his dry goods to other Jewish merchants in the San Francisco area.

Few people made money in the San Francisco Gold Rush from mining gold. It was actually the businesses that served the gold miners that accumulated wealth.

One of Levi Strauss’s regular customers, Jacob Davis, was a tailor from Reno, Nevada. Jacob Davis made pants for the miners. However, given the rough working conditions of the miners, the seams of their pants would often rip. In an effort to solve the problem, Davis devised a mechanism to keep the seams from tearing. He used brass rivets at points where the seams often tore. For example, he added these rivets to the corners of the pockets.

The solution worked, but Davis did not have the money to register the patent on the use of rivets in garments. He went to Levi Strauss for help. With Strauss’s help, they were able to get the patent. Strauss could have told the tailor no, but he saw Davis’s vision. He understood it was time to pivot from selling dry goods to manufacturing work pants.

In the 1870s, there were two types of work pants. One was made of duck, which is like canvas, and the other was made from denim. Davis generally used duck material for his pants. However, since denim was the more traditional clothing of workers, they decided to switch from duck to denim. Soon their jeans became the favorite trouser of not only miners but also lumberjacks, teamsters, and farmers.

After continued success and knowing that the patent would soon expire, Levi Strauss and his nephews, who had become part of the business, began to look for ways to remain viable. They came up with the idea of demonstrating the durability of their jeans by sewing iconic leather patches onto the back of the jeans. Additionally, they staged a public demonstration to reinforce the brand and tell the world how tough Levi’s jeans were. They hooked up two horses to a pair of jeans to try and tear them apart. The demonstration proved how rugged and durable the jeans were. In fact, the image of the demonstration is still evident in the leather patches of Levi’s jeans today.

From 1890 onward, each new design of Levi’s jeans was systematically numbered. The first pair of pants that were produced with the riveted pockets receive production number 501. Today, the classic style of Levi’s jeans still carries the 501 designations.

Levi Strauss was an unusual businessman of his time. Rather than address him as Mr. Strauss, as was the custom of the time, he instructed his employees to refer to him by his first name, Levi. This informal relationship built a unique bond between him and his employees. This bond served him well and was uncharacteristic for its time.

Levi Strauss finally retired from operations when he was in his early sixties and turned over the day-to-day operations to his nephews.

During his life, he was quite a philanthropist and gave away much of his money not only to Jewish organizations but also to many organizations in the San Francisco area.

The story of Levi Strauss has many lessons for entrepreneurs. Here are just six of the lessons we can learn from Strauss’s story.

How can you apply the lessons from Levi Strauss to your business?