How Your Cognitive Bias Can Destroy Your Business 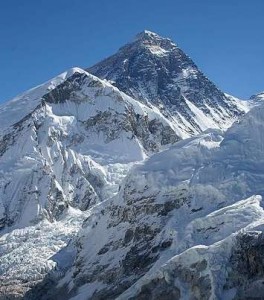 A Cognitive bias is the psychological tendency of the brain to draw incorrect conclusions, even in familiar situations or when presented with clear information. When talking to small business clients I refer to a collection of three common cognitive bias as the Everest Effect.

The summer of 1996 saw two failed expeditions to the summit of Mt. Everest. The leaders of these two expeditions were very experienced guides, so why did these expeditions fail so miserably? An analysis of factors resulting in the death and injury of the expedition members concluded that the guides suffered from what is known as cognitive bias.

Specifically, the Everest expeditions suffered from three common cognitive biases: the sunk cost bias, the overconfidence bias, and the recency bias. These same three biases are frequently seen in business.

Members of the ill-fated Everest expedition invested upwards of $65k each to summit Mt. Everest. They spent weeks hiking to reach the final base camp before their ultimate eighteen-hour push to the summit. There is an unwritten rule that if you have not made the summit by two o’clock in the afternoon of the final push, you should turn back.

The two expeditions were about 300 feet from the summit at 2:00, but since the climbers had invested all that money, time, and effort to get to this point they ignored the rule. What was just 300 feet more compared to 29,029 feet total, so they continued the push towards the summit. This poor decision cost the lives of many of the expedition members, including the two guides. Some ran out of oxygen on the descent. Some froze to death before making it back to base camp.

The sunk cost bias caused the expedition members to go beyond the established abort time. Being so close to their goal, after having invested so much, they felt they could not give up. They made the bad decision to continue because of their sunk cost bias.

Many businesses invest heavily in a new product or service, only to discover that the landscape has changed by the time they are ready to launch. Rather than abandon the idea in the eleventh hour, they continue to pour more time and money into promoting the program or idea, only to lose even more time and money.

The guides of the Everest expeditions often boasted that they could guide anyone with average fitness to the top of Mt. Everest. They were so confident that they ignored the 2:00 return to base rule and paid the ultimate price.

When it comes to business, a similar poll asked start-up entrepreneurs how likely they are to be successful. 90% said their business would succeed. The real figures are more like 50%.

I have seen many retail entrepreneurs, who had a successful launch with their first store, figured they could replicate the same business model and open a second location. What often happens is that the business owner soon discovers it is not as easy as they thought and by underestimating the time and costs they lose both stores in the process.

For our Everest expedition, the previous few years had offered a better than average weather pattern during the month of May, which is when most expeditions plan to reach the summit. The guides became complacent and assumed that May of 1996 would hold the same good weather pattern. They should have made their decisions based on overall weather probability.

A more typical weather pattern settled in during May of 1996, causing the guides to be caught off guard. This resulted in some of the members of the expedition freezing to death on the trip down from the summit.

After the first Gulf War, Americans believed that fighting in the desert offered quick victory. Our recency bias made us assume that the second Gulf War and the war in Afghanistan would be just as easy. We now know differently.

Business owners sometimes have a string of good fortune that is based on pure dumb luck. They believe the string will continue and go “all in”, even though the laws of probability would suggest a more cautious approach.

Realizing that we have cognitive biases that can cloud the decision making parts of our brains is an essential piece of knowledge for successful entrepreneurs. We need to recognize this tendency in ourselves and consider our decision-making processes.

Does your business suffer from cognitive bias?

email
The Top 19 Reasons For Not Launching a Business Are WrongSmall Business Advice – Pick of the Week November 3rd, 2018