The Turtle And The Hare 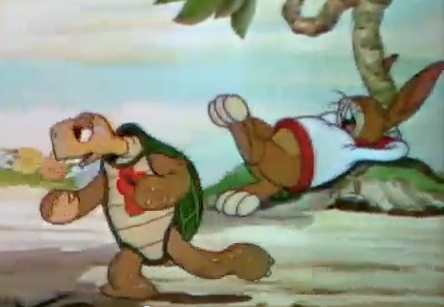 The ancient Greek word for arrogance is hubris. For instance, anyone proud enough to challenge the gods would be burned to death. As surely as night follows day, destruction follows arrogance. Warfare is filled with examples of hubris that lead to a country’s destruction or at least inflicted heavy damage to their society. Napoleon in France, Hitler in Europe, Russia in Afghanistan, and even the US in Vietnam.

Think of all the businesses that were so sure of their product and/or service that they stopped listening to customers or testing their assumptions. These companies soon find themselves without customers or a business.

For example, in statements made only days before the collapse of Enron, CEO Ken Lay said,

Lay could not fall on his own sword and admit defeat and let his pride get in the way of reason, causing devastation as a result.

Another example is Netflix. Netflix was a tech darling in 2011. However, Netflix alienated its customers in just a couple of months by eliminating one of its most popular DVD-streaming packages. Furthermore, when they eliminated this package, they raised prices and then split off its DVD business entirely. Customers left in droves and Netflix’s stock plummeted. This situation continued until CEO Reed Hastings apologized for his mistake of not listening to his customers. Fast forward two years and Blockbuster has declared bankruptcy while Netflix’s net income has quadrupled.

If a company earns a reputation of exhibiting hubris, everyone will want to see it fail, including its own customers. In individuals and businesses, self-esteem is derived from the ratio of successes to its performance expectations. Businesses that understand this mindset will naturally see the advantages of under-promising and striving to over-deliver, a natural method for preventing hubris.

Hubris, the sin of overwhelming pride or arrogance, may be the most misunderstood disorder an executive will ever be confronted with. Just like when the proud hare lost the race to the turtle in the classic children’s story, hubris is the enemy of business.

Are you and your business guilty of hubris?

email
How To Monitor The InternetBarbie, Seeing Things Others Do Not - Business Lessons From Elliot And Ruth Handler