Understanding Pricing At the Margins (Part A) 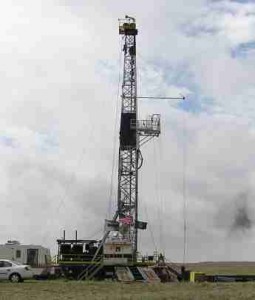 Most service and/or product-based businesses define their prices using a cost-plus approach.  This means that they calculate the direct and indirect costs to deliver a service and/or to produce a product, aka the break-even price.  Then they add a reasonable profit margin to cover the risk capital for their initial and subsequent investments in the business.

While this strategy might make sense in geographically isolated areas it does not take into consideration the fact that many services can be off-shored.  Products and services can be produced elsewhere in the world, often for lower costs.  To explore this idea a bit more, let’s look at fuel prices, a popular topic for the media these days.  The price to extract a barrel of oil from the ground and ship it to a US-based refinery varies depending upon a huge number of factors.

In Saudi Arabia, it cost about five dollars to produce a barrel of oil and ship it across the ocean to a US refinery.  In the US it cost about seventy-five dollars to do the same.  Lots of factors contribute to this cost differential, including the cost of labor, material, depth of extraction, and so on.  But what is important to understand is that if the entire world’s demand for oil could be met by the “cheap to produce” Saudi Arabian oil sources alone, the margin cost for a barrel of oil would drop to five dollars per barrel and producers with higher cost structures, such as those in the US, would be kept out of the market.  However, as global demand exceeds the supply of cheap to produce oil, whether the supply is physically restricted by production costs or strategically restricted by self-imposed OPEC supply limits, the margin price rises until demand is met.

How would raising margin prices affect your business’s ability to compete with new entrants into your market?