Do You Know Why Veterans Make Good Entrepreneurs? 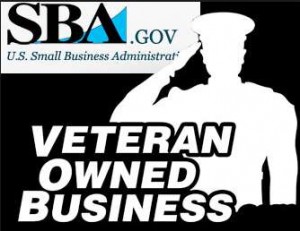 A study performed by the Small Business Administration (SBA) shows that veterans are 45% more likely to become entrepreneurs then non-veterans. One factor is that veterans have shown a propensity for risk-taking by agreeing to fight and die if necessary.

Additionally, as members of the military, they receive the best leadership training in the world and have the ability to put what they learned into practice while on active duty which pays dividends as an entrepreneur.

In fact, when it comes to franchise ownership, veterans are highly sought after by franchisors since they are integrity-focused, are mission-oriented, and have the call to fulfill a higher purpose.

However, not all veterans have the same propensity for entrepreneurship. There are a few sweet spots.

Veterans who served for twenty years and receive a retirement are less likely to become entrepreneurs then veterans who leave after their first enlistment.  However, military retirees that remained on active duty after twenty years also showed a higher rate of entrepreneurship by about 7.5% for each additional year they continued to serve. This is likely due to the security afforded by a larger retirement check as well as their age.

The Kauffman Foundation reports that people aged 55-64, regardless of military service, were 1/3 more likely to be entrepreneurial. This demonstrates that age and family situations may be a greater factor than just a larger military retirement check.

Do you know a veteran who would make a good entrepreneur?

email
Why 9 Popular Reasons for Not Launching a Business Are WrongSmall Business Advice – Pick of the Week November 10th, 2018

2 years ago Before Starting a Small Business99