What We Can Learn From Sam Walton, Founder of WalMart 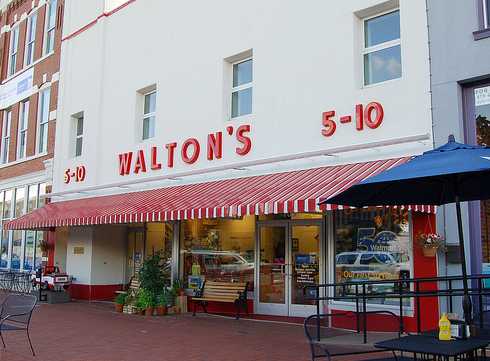 My middle son lives in Bentonville, Arkansas: the headquarters of Walmart. This fact made me want to learn more about Sam Walton, Walmart’s founder. As with many biographical stories, Sam Walton’s life provides several lessons for the entrepreneur.

Sam Walton began his career in retail when he bought into a 5&10 franchise known as Ben Franklin. He learned the retail business there, and in fact operated one of the most successful stores in the Ben Franklin chain. When it came time to renew his lease the landlord refused, saying that he wanted the store for one of his sons. Sam was forced to sell the store to the landlord. Undaunted, Sam moved to the small town of Bentonville, Arkansas. Based on the knowledge he obtained managing the Ben Franklin store, he started his own store.

Sam believed in constant improvement. Even though he had five stores in tiny towns with total revenues of over ten million dollars per year, which was incredible for the time period, he looked to IBM to incorporate relatively new computer technologies to better manage his stores. He also believed that happy employees translated into happy customers. Although he paid fewer wages than the industry average, he offered employees the ability to share in the company’s success by offering a profit sharing program, where employees could buy stock in the company at a discount.

He also shared detailed performance information with employees, and entrusted employees, even clerks, with more responsibility than other retailers. All his employees were knowledgeable about the company’s purchases, profits from sales, and were allowed to markdown prices to meet sale prices. Sam also believed you had to learn from your competitors. He would not focus on what they did wrong as most people do but would focus on what they were doing right so he could incorporate those lessons into his own business and economic models.

Mr. Walton also was a contrarian. He would say that “If everyone is going one way there is a good chance you can find your niche by going in the opposite direction.” Conventional wisdom says that opening a discount retail location requires a town with a population greater than 50 thousand. Target and Kmart ignored small towns, allowing Walmart to grow without competition for years.

Finally, Sam Walton said that to be successful you have to do what you love. He loved retail. For most people, it is hard to get excited about the purchase of mundane items. However, Sam loved the idea of taking an ordinary item, purchasing huge quantities of it, and then calling attention to it in his stores to make sales. To him, it was a game he loved to play day in and day out. If you love what you do, working long hours is not a problem. What takeaway lessons from Sam Walton’s story resonate in your business?

Feb 4, 2015Steven Imke
How to Know if They are Telling You the TruthRethink The Problem